Tribute to My Dog Wilbur 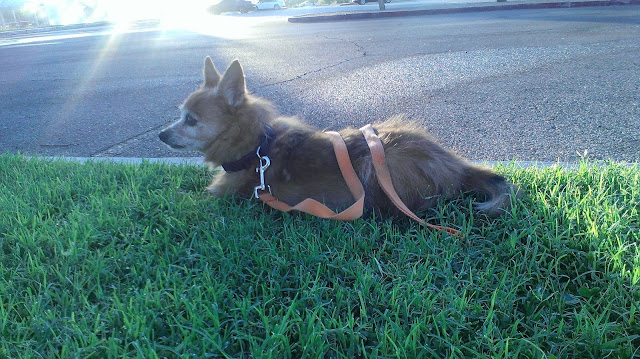 I am facing a really tough decision soon. My dog is aging quickly and it is almost time to let him go. I am really having a hard time with this choice. He has lived a full life and is still getting around, but he is now well over 14 years old. I am unsure of his real age. Cataracts on both eyes have severely clouded his vision and he is essentially blind. I talk to him, but he can barely hear me. I see him struggle to focus on where I am. He cannot see me. He cries for me when I am not in the room. I can only imagine what he goes through when I am at work. 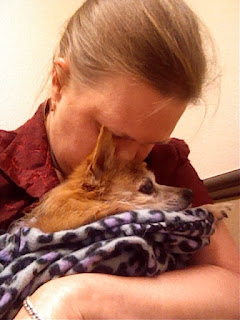 He still finds his food dish, eats, drinks, and wanders through the house, but his mobility is slowing. The poor thing only has three legs to work with in the first place and it is evident to me that he needs to go to his rest. He has been a wonderful companion and a true friend to me. He was a great comfort when my life turned sideways and he entered the picture.

I enjoyed his sweet spirit and the love that I felt for him. I looked forward to him greeting me as I walked through the door. This moment has passed now. He waits for me to let him know I am home. When I find him where he happens to be resting in the house, I gently pet him to let him know I am finally with him.  I try to spend a bit of time holding him so that he knows I am with him. He gets uncomfortable quickly so I only sit with him a few minutes at a time. He'll cry a little when he wants my attention again, but it tells me that we are soon to part ways.


Part of the road trips we took this past Fall were to build memories for this dog and me. We camped, fished, and enjoyed our time around the southwest. We ate campfire food and enjoyed nights by the fireside. Wilbur was able to explore all kinds of smells around the places we visited. The bond we have will last beyond this mortal frame. I pray my  female shepherd, Ike, meets him at the top of the rainbow bridge.


The above entries were from yesterday morning. While writing them it occurred to me that it was time to send my friend to his eternal rest. I called the vet's office and scheduled an appointment. As expected, this issue bothered me all night long.

My Final Minutes with Wilbur

Wilbur was sent into the heavens at about 8:00 am on August 12, 2016. I took the time to spend our last hours in a nice park setting and was hoping he would get up and wander the grass, but it was not meant to be. He could no longer control the movements of his back legs. He chose instead to enjoy laying on the the cool, damp grass.

He enjoyed a Capriotti's Roast Beef sub and a bottle of Dasani water for his last meal. I spoiled this dog rotten because the life he had before me roughed him up terribly. That was his lot in life, I suppose. I am so grateful for the dent he made in my life and in my heart. I really wanted to make his last moments special and they were. My heart ached over this decision. We stayed at the park for about an hour then went to the vet's office.

The staff let me spend our last time in privacy. They were very sympathetic and asked if I needed anything. The doctor came and asked if I had ever done this before and explained what the procedure was like. There would be two shots, one to put him in a sleep state and a second to stop his heart. It would be quick and it would be relatively painless. This reassured me that my Wilbur would not suffer in his final minutes. He had suffered enough in life.

They took him in their back room for just a couple of minutes to insert a catheter tube in his leg for the injections then delivered him back to me wrapped in a blanket. The procedure was quick and I requested to be present for the event. I held and cuddled him while telling him what a blessing he was, crying with every breath and word. When I felt the time was right I called in the doctor and I held him on my left shoulder as he first was put into a twilight sleep and then when the vet stopped his heart. I held him close and whispered I love yous as he was released from his mortal coil.

The peaceful transition allowed me a bit of comfort and I felt I owed it to him to be present for his final minutes. He drifted off softly to sleep and then away in peace. It was a beautiful moment for a beautiful creature.

The gallery and storyline is a tribute to this wonderful canine
affectionately known as Wilbur, the Tripod Dog.

A Bit of Our History

Wilbur came to live with me in December of 2013. He is a small dog, but large for a chihuahua. I assume he is Pomeranian and Chi mixed because of his coloring and markings. His temperament is very mellow and he is a quiet dog unless I have been gone for a bit. When I walk in the door, he prances and whines at me that I have been gone foreverrrrrrrrrrrr!! The minute I met this canine I knew we were bonded spiritually somehow.

He is a very good dog. When he came to live with me he was allowed to do anything he wanted as long as he didn't get hurt. His first act of independence was sleeping on the couch. Blankets were tucked into the seating area to take the fall out from his furry body. I accepted that this was where he was comfortable and enjoyed having him on the cushions next to me while I watched my movies.

He was happy there, but had a difficult time getting back down from this height. The added challenge of his missing limb caused some concern. After a time he quit trying to hop up. He wasn't strong enough to pull himself up anymore. A couple of bounces back to the floor convinced him this was no longer an option for him.


He would play occasionally. He'd get all Mr. Fierce Dog if offered a pull toy or a rag to tug. He would play bite at you if you patted his cheeks just right. He was a fun little guy when he wanted to be. Wilbur would prance along on his three feet and keep up with most of the things we needed to take care of. I called him a brave little soul. The courage this fellow took to stay living a normal life in spite of his condition amazed me. Not much stopped him and he went on through the day as though it was not an issue.

The bear in the video was not harmed...

Late September I decided that I wanted to go camping. I really didn't have anyone to go with, but Wilbur proved to be a great travel partner.  He would take his seat as co-pilot and ride along with his doggie smiles. He didn't complain about the music or ask are we there yet? He sat in his seat and listened to my ramblings. It was a freedom I had not felt before and an opportunity to spend quality time with my dog.

Our first trip to Mount Charleston inspired 6 successive weekends visiting somewhere different where we could spend time outdoors and enjoy each other's company. These outings are recorded in the blog Prep 1 2 3 as a series titled Camping with a Dog and a Dutch Oven.

Camping on Mt. Charleston with a Dog and a Dutch Oven
https://preparedness123.blogspot.com/2015/09/camping-on-mt-charleston-with-dog-and.html

Camping with a Dog and a Dutch Oven - part two
https://preparedness123.blogspot.com/2015/09/camping-with-dog-and-dutch-oven-part-two.html

Echo Canyon - Camping with a Dog and A Dutch Oven - Part Three
https://preparedness123.blogspot.com/2015/10/echo-canyon-camping-with-dog-and-dutch.html

One of my dearest friends lives in a little town near the Eagle Valley area. She has several small dogs and Wilbur fits right in with her crew. When we go camping in the area we make sure to stop in for a visit. Wilbur gets a chance to stretch his legs and I get to visit with my friend. 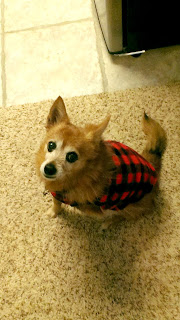 Our November Trip to Utah

Late October we road tripped to the area around Manti, Utah to visit my sister. We reserved a nice bed and breakfast in the area. We traveled at night so we did not see much of the lovely country side along the highway. If we had we would have stopped everywhere! I took note of the placed I wanted to visit should I travel back to the area again. Utah is a beautiful place with a lot of great parks and historical towns.

The area was very country where we stayed. In the morning there were turkeys and deer to the side of the Bed and Breakfast. The views were stunning and we enjoyed walks around the property.

The weather was a little chilly so Wilbur was dressed in a little sweater vest to keep his chest warm. He looked rather dapper in his black and red checked sweater. I bought this one because I had a shirt that matched it and I really swore that I would never be one of THOSE dog people. Wilbur's little self changed all of that preconceived canine owner thinking. This sweater later disappeared when I thought it would be fun to put it on the cat. Argyle returned from his trip outside sans sweater.

Our hostess was really great at the property. Not only was the room comfortable and the area's views lovely, the breakfast was wonderful.

Christmas was really special this year. I decided to go all out and got a tree and the works. The animals and I celebrated the holiday with treats and gifts and goodies. I bought a few items for the critters and Wilbur got a blanket, a bow tie, and leash. I love his smiley face in this picture.

The leash turned out to be a lifesaver for the dog, but I was unsure about the color when I bought it. It turned out to be very handy for camping trips. When I woke up in the middle of the night, I couldn't see Wilbur in the dark and thought he had wandered off. The bright orange stood out when I really looked around the tent. He was laying in the corner on a pile of blankets right where he needed to be and I was relieved that he had not gotten lost. 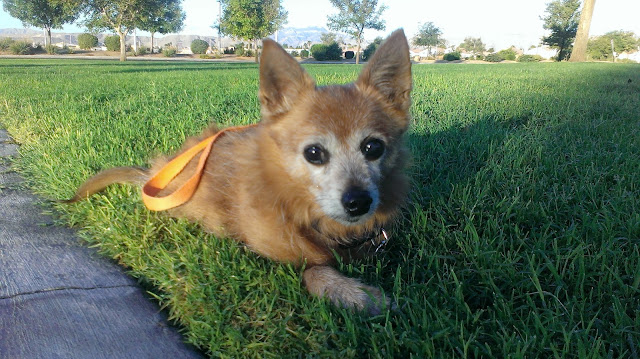 I will be keeping his ashes with me until I decide what to do with them. I may just put them in a fancy urn and continue to bring him on adventures.

Related links
The Mercy of Euthanizing a Beloved Pet
https://crittermom-chronicles.blogspot.com/2016/08/the-mercy-of-euthanizing-beloved-pet.html
Posted by MBurgess at 2:50:00 PM

Blowing The Dust Off An Online Journal

Hi, there. I'm returning to this, my personal column of Simple Terms. Simple terms aren't exactly simple as in only a few direction... 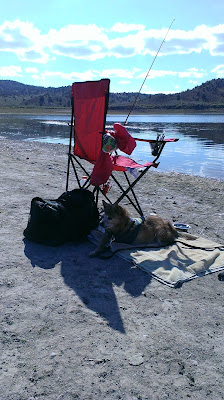 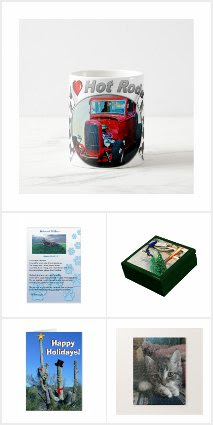 My Likes
by Maria Burgess

Save On Beauty and More!